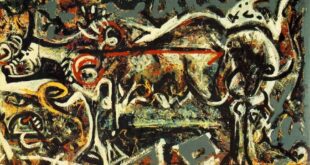 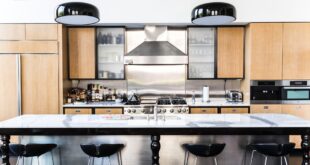 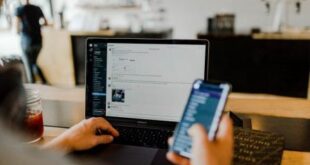 It was a balmy August evening.

12 year old Meera looked at the sky. God was playing hide and seek with the rain. You could literally smell the rain on the humid breeze. It tantalized you like a wily mistress but just when you expected it to fall; God whisked it away.

Sighing in despondence she turned to her father, a farmer.

“Baba, if it does not rain soon, the crops will fail. The river that irrigates the farm is already reduced to a trickle. It cannot sustain all the farms in the area. We are already facing shortage of potable water,” she said. “What will we do? Why does it not rain?” she asked.

Her father sat up on the charpai* that he was resting on.

“Meera, don’t lose hope. Our farm lies at the base of the mountains. The monsoon winds move parallel to the mountains which are unable to block the moisture laden winds and so we do not get much rain. But, rest assured my child, it is raining already up in the hills. Soon the river will swell and bring down all the water from the mountains,” said her father.

“But Baba…” Meera started to interject.

“No ‘but’ Meera. You are a child still. Don’t fret about such things. Run along and play now!” said her father, scooting her away.

The next day dawned much the same, with no rain. As Meera trudged off to school, she spied a crowd of villagers gathered under the old Banyan tree, intently discussing something. The Banyan was where the Sarpanch* of the village held court. She spied her Baba in the crowd.

“Sarpanchji, what will we do now? How will we irrigate our farms? We barely have water to drink. The land is parched,” she overheard some distraught villagers saying.
Her interest piqued, Meera sidled up to her father.

“Baba, what is going on? What’s all the fuss about,” she asked innocently and was immediately shushed.

“Brothers, I have an announcement,” she heard the Sarpanch addressing the crowd. “The Hills have received unprecedented rainfall this year which has caused many landslides. Due to this many uprooted trees have found their way into the river and are now blocking the flow of the water. With the flow blocked, it is impossible for us to get water as the trees are acting as a natural dam,” he added.

There was a collective gasp at these words.

“Hey Raam, we are done for! The crops will fail for sure this year. The God’s are angry with us,” bemoaned the illiterate farmers.

Meera left the scene with a deep sense of disquiet.

“How can these people sit about and not do anything? What will the God’s do if these men just sit twiddling their thumbs, bemoaning their fate,” she fumed. “Maybe I can do something?” she thought as an idea took shape. She scampered off to school as fast as she could.

“What is it Meera? Why are you so agitated and breathless?”

“Masterji, I need to write an email to the Chief Minister (CM) of the state but I don’t know how. Will you help me?” she asked.

Bemused, Masterji looked at her. “The CM you say? Whatever for Meera?” he asked.
“Masterji, if the blockade on the river is not cleared then the river will dry up. Soon we will not have any water at all in the village. With the water supply blocked, we will lose our crops, our cattle and our livelihood. Our entire income source will be blocked. So, I want to request the Chief Minister to allocate funds & resources immediately for clearing the blockade on the river,” said Meera.

“Oh My! That is indeed better than waiting for things to happen,” said Masterji. “Okay let’s send an email to the CM’s office and urge them to take immediate action,” said Masterji, switching on the sole school PC.

Soon the letter was drafted & mailed to the CM’s office.

“Meera! Wake up!” her father’s insistent voice woke her, a few days later.
“Baba, what is it?” said Meera, groggily sitting up.
“Meera,” said her father, beaming. “Come look at the river.”
“Why? What happened?”
“The blockade must have been cleared for the river is literally overflowing its banks. Looks like your letter reached the CM. You did it my child. You saved us all,” said her grateful father.

I believe that life is a repertoire of anecdotes. The various situations that we encounter, the many incidents of every day, the people we meet, our conversations with them; all make life a melange of tales. And, that is what I attempt to capture through my writing. My cooking is no different! It reflects my love for travel and my love for innovation. The kitchen is my happy place. So, even though by vocation I am a recruiter (www.rianplacements.com), by passion I am a writer, home chef and a hodophile.
@SonalSingh_rian
Previous No Escape
Next The circus of my life

I was chomping into a leg of Chicken leg when... A murder! It was a murder! My blood curdled at the sight. I tell you, the chicken that I was eating could not have squawked louder than I did at that point. They noticed.