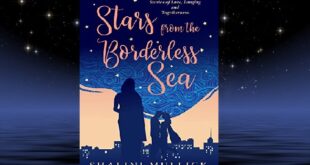 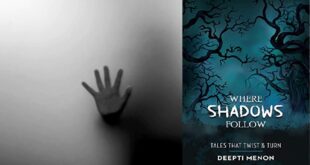 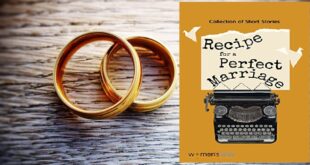 Recipe for a perfect marriage

Price – ₹ 0/- for the Kindle unlimited edition and ₹ 99/- for the kindle edition. This book is also available as an audio book

As is suggestive on account of the title of the book, Ringa ringa roses, is a book with children as protagonists. But, it’s not just the name of the book that alliterates; it is also the names of the protagonists – Nitya, Nikhil, Nihar. I can only guess that the latter alliteration arises to mark the similarity with the author’s own name which is Neil.

The book is divided into 3 stories – Children of the Wall, The Clay Mother and Two-tail. All three stories focus on the child protagonist and his/her relationships with those around him/her. The stories are set in India. Whether it is Nitya’s desperate need to get her parents to acknowledge her, Nikhil’s lust for revenge born out of the loss of his mother or Nihar’s resolve to solve a mystery; all the stories carry a grain of truth in the message that they send across – children hurt if not loved or if the one they love is taken from them. And often, it is in such scenarios that a child’s fertile imagination conjures up a monster, a demon or a ghost. What is a ghost/monster, after all, if not the product of a child’s fears projecting itself out of his mind?

The characterization in the book is strong, as strong as the strong-willed protagonists that Neil has created. His protagonists are not lily-livered children with over-active, fertile imaginations. They are decisive thinkers and planners. They carry the weight of the stories on their puny shoulders.

I believe that horror in India is a genre that has been done to death. There is no concept which has not been explored with writers often borrowing from rural myths or legends. Therefore, it was refreshing to read Neil’s take with its unique twists. That, backed by some strong and terse language, is the highlight of the book.

The gore element in the first story particularly is perhaps something that would titillate a teenager more (with their fertile powers of imagination) but, it did not do much for me in terms of atmosphere building. On the contrary, it made me cringe and I admit I skipped over the part.  For me, the atmosphere was built quite effectively by Neil’s descriptions and also by the manner in which he chose to structure his sentences.

I recommend the book for all horror aficionados and also to parents whose teenaged kids want to read horror.

I believe that life is a repertoire of anecdotes. The various situations that we encounter, the many incidents of every day, the people we meet, our conversations with them; all make life a melange of tales. And, that is what I attempt to capture through my writing. My cooking is no different! It reflects my love for travel and my love for innovation. The kitchen is my happy place. So, even though by vocation I am a recruiter (www.rianplacements.com), by passion I am a writer, home chef and a hodophile.
@SonalSingh_rian
Previous Eighty hours to save Karen
Next A sky full of balloons 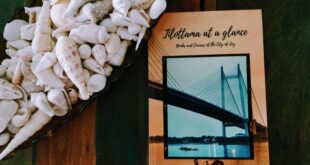 Tilottama at a glance

Tilottama At A Glance is compiled from a series of blog posts written for the A to Z challenge. It’s not merely the A B C’s of Kolkata for a casual traveller. This book allows you to acquaint yourself with the heart and soul of a rather unusual Indian city with loads of quirks. It is a journey through the culture, history, architecture, idiosyncrasies and other endearing or astonishing traits of Kolkata, that make this city unique.