“Dead! Me? No, no, doctor. You’re wrong. I’m still here, ALIVE!” Frantically I tugged at his arm.

My hand passed right through him. “What the…” I thought in apoplectic perplexity. A nurse approached. Clad in white she covered me with an equally white sheet.

“Damn! Looks like I’ve really passed on,” I thought. “But, aren’t I supposed to float out of this body?”

An orderly arrived, unceremoniously dumped me on a gurney and wheeled me to the morgue. He shoved me into a steel encased chamber, banging the door shut.

“No, no, no…Hey! Don’t shut the door. Helloooooooo…Don’t leave me here. I’m supposed to float out and meet St. Peter,” I called out only to realize that I now had no voice.

Damn! That was inconvenient.

“What now?” I pondered on my situation. I had read stories, heard tales of how people who died saw a white guiding light that led them to heaven. But, I had seen only a white sheet. I was totally flummoxed.

Oh, I was sure I was going to heaven. After all, I donated generously to the church.

“How am I supposed to ascend to heaven if I am stuck on earth in this body,” I grumbled. My predicament was most peculiar.

“I have to find a way,” I surmised. Sadly, no solution presented itself in the next couple of days. Sleepless with anxiety and shivering, I lay trapped inside my own body, in that infernally cold chamber. My entire afterlife was at stake. How could I sleep amid such uncertainty?

After two days, a hearse took me to my funeral. “Aha!” I thought relieved, “Maybe I am supposed to depart after this.”

Would you believe it? Not a single relative shed a tear at the funeral including my wife and kids. I tell you, I had half a mind to cancel plans for ascendance and haunt the nightmares out of them. But, I took the high road and resisted the temptation.
Finally, I was laid to rest. As the first shovel full of soil hit my casket, I panicked.

Damn! I was still trapped.

“Dear Lord! First a chamber, now six feet under,” I moaned. I knew I would have no sleep till I was able to extricate myself out f this peculiar situation. My plight probably reached the netherworld for a week of sleeplessness later, with a tingling sensation of light weightiness; I felt myself float above the grave.

“Halleluiah!” I yelled in jubilation, “finally!”

But wait; instead of the pearly white-robed, haloed figure of St. Peter, I was accosted by a swarthy, hirsute giant. Man! He looked scary.

“Where is St. Peter? Who are you?” I asked mustering my courage.

His booming laughter filled the cemetery at that. Had I made a joke? I tell you this entire process of departing was rather confusing.

“The devil,” he said and shoved me headfirst into hell.

Understandably, now it is not my predicament that gives me sleepless nights.

I believe that life is a repertoire of anecdotes. The various situations that we encounter, the many incidents of every day, the people we meet, our conversations with them; all make life a melange of tales. And, that is what I attempt to capture through my writing. My cooking is no different! It reflects my love for travel and my love for innovation. The kitchen is my happy place. So, even though by vocation I am a recruiter (www.rianplacements.com), by passion I am a writer, home chef and a hodophile.
@SonalSingh_rian
Previous Beautiful – inside and out
Next Waiting no more 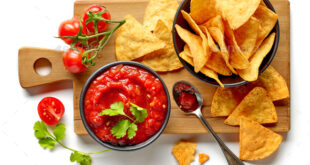 Salsa, not without nachos

The day I turned 45, it hit me that my middle-age was characterized by middle-class mediocrity. Was this going to be the blueprint of my boring life? Or, did I still have time to try out new things and make memories to reflect upon in my old age?