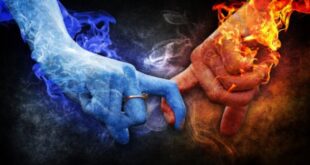 On a morning silvery white, she was born a black blight.
Why you may ask? What was her fault?
Well she was a girl and for some that was all.

The purveyors of archaic society jeered at her birth.
She was shunned, rejected; they said she had no worth.
Subjected to abject venom; only mother held her to her bosom.

It did not matter if she was dusky black or milky white.
For color had no say at all; gender had all the right.
She was doomed by her birth, her days marked on earth.

So what would happen to such an unwanted child?
Would she be killed or allowed to live a life carefree & wild?
Would her life ever be happy or would she in penury suffer?

The questions did not matter for no one would inquire.
There would be no celebration and no jubilation, this would require.
The birth of a daughter called not for happiness but despair.

She might get to grow up eventually, in toil and not as a doll,
Because the price of breathing would exact a heavy toll.
She would have to pay her dues to family & society.

Her debt would be immense, let me tell you right now.
She would be used, bonded, tied and grounded;
Not for her would be freedom, liberty or free speech.

What is her fault, you ask again in anger?
My friend, her gender is her undoing, not even her color
She is doomed for being a girl in a man’s world.

I believe that life is a repertoire of anecdotes. The various situations that we encounter, the many incidents of every day, the people we meet, our conversations with them; all make life a melange of tales. And, that is what I attempt to capture through my writing. My cooking is no different! It reflects my love for travel and my love for innovation. The kitchen is my happy place. So, even though by vocation I am a recruiter (www.rianplacements.com), by passion I am a writer, home chef and a hodophile.
@SonalSingh_rian
Previous Trip down memory lane
Next Life’s lesson