It was a dark, stormy night. Mumbai witnessed one of the worst rains of the season. My arriving flight had been delayed by a few hours due to tempestuous weather so I walked out of the airport, to the chime of the clock striking 1 am. Booking a taxi at that hour proved futile as attempt after attempt was met with the message “No Cabs Available”.

Distraught, I was all but ready to cry in frustration when a cab rolled up.

“Madam, where do you want to go? Can I drop you somewhere?” said the cabbie.

Wary of the hour & the stories of rape by cab drivers, my first instinct was to refuse. The Cabbie must have adjudged my predicament

“Madam, don’t be scared. I have two younger sisters. It’s against my upbringing to leave a woman in distress. Please get in. I’ll take you where ever you want to go. I just want to help.”

Slightly emboldened by his reasoning and looking at the turn the weather was taking, I got in and mumbled my hotel address.

It started pouring soon after. Rain beat down furiously on the cab as the wipers tried to keep pace. The cabbie deftly negotiated the potholes and water logged street corners and as we rode off I realized that he seemed like an educated man.

My curiosity piqued, I asked him, “Bhaiyya, where are you from?”

“From U.P”, I said. “That’s my home state. How come you are working in Mumbai then”, I queried.

“Madam, I lost my father when I was quite young. I wanted to be an engineer but could not complete my schooling. I had to earn to make ends meet for my family. But, I wanted my sisters to be educated so I took driving lessons, shifted to Mumbai and joined Uber”, he replied.

“Wow, that is very honourable”, I said. “Where are your sisters now? What are they doing?” I could not resist asking.

“Madam, one sister completed MBA in finance and is now working for a bank in Mumbai. Last year she married a colleague. They are settled and happy together. My youngest sister is completing her MSc in mathematics from Lucknow University”, he reverted.

I was completely awed. Here was a man who had not only taken over the reins of his family but also his hard work had kept them afloat. He had stepped in for this father and ensured financial support to his family. I was impressed.

“That is wonderful Bhaiyya. I’m privileged to meet you. You are an inspiration”, I said.

“No Madam, nothing like that. Any brother would have done the same”, he smiled, parking the car at the Hotel entrance.

The rain had let up by now. I disembarked and offered him the fare.

He smiled and said, “Sister, for you no charge. Like I said, I just wanted to help.”

I believe that life is a repertoire of anecdotes. The various situations that we encounter, the many incidents of every day, the people we meet, our conversations with them; all make life a melange of tales. And, that is what I attempt to capture through my writing. My cooking is no different! It reflects my love for travel and my love for innovation. The kitchen is my happy place. So, even though by vocation I am a recruiter (www.rianplacements.com), by passion I am a writer, home chef and a hodophile.
@SonalSingh_rian
Previous labour of love
Next Feminism is a HE – 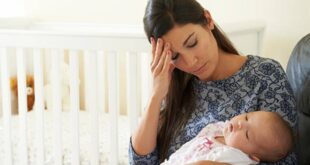 ‘You are useless,’ he says. ‘You are such a bad mother. Why did you have a baby if you cannot take care of it? It’s a woman’s job to take care of the child. Aren’t you ashamed to behave like this?’