The truth about cat(s) and dog(s) people! 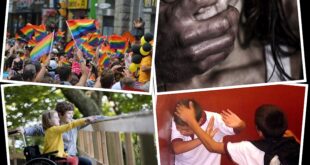 Why are our children failing as humans? Who is to blame? 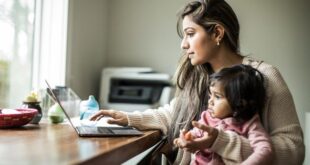 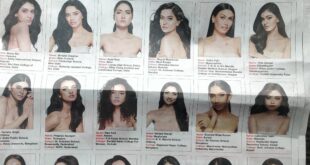 Why does nudity define beauty in fashion?

Disclaimer – This article is written in a lighter vein and is not intended to hurt anyone’s sentiments. The author requests that it be taken in the same vein that it is written in. The images used are the author’s personal clicks.

They say that when it comes to animal lovers, the world is full of all kinds of people. But, in a broader sense (without delving into the reptile or bird lovers’ category) there are primarily two kinds of people. At least, that’s how humans view the animal lovers (hoomans) and that’s what most memes are on. These two kinds are classified based on their love affair with either species.

Firstly, there are the ‘dog people’ who love animals but will have only a dog for a pet. And, they don’t treat the dog as an animal. God forbid, if you call their dog a dog!! Oui Maa … they would shoot daggers … no, I correct myself … they would shoot lasers – the Star Wars kinds – at you with the potential to cut your soul out.  Yep! They can be quite touchy on the subject. Believe me, I know.

See, to them, the dog is a member of their family and thus it is accorded the same comfort and status as any other beloved family member. Ahem … in fact, there are reported cases where the family members are not as loved as the dogs especially after the primary owner passes away – https://www.ranker.com/list/people-who-left-money-to-their-pets/katherine-ripley. The world has definitely gone to the dogs here!

Now, I am generalizing here and clubbing the entire dog species into just the dog category. I know that is wrong on my part but, I am abstaining from including ‘bitches’ because… well, we all know what that word means to humans, don’t we? Thanks to them the female of the dog species have lost their femininity!

Oh yes, continuing with the ‘dog people’, they allow their dog to sleep on the bed (snuggle under/over the covers at night) with them. 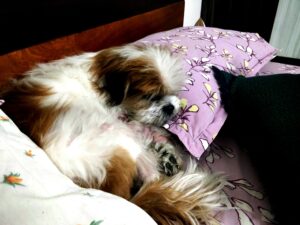 Some even buy expensive dog beds but they are mostly for ornamental purposes. You know, helps with social media posting and all to increase likes. We all know where the dogs end up sleeping, don’t we? Additionally, the dogs are taken for expensive spa treatments and dog retreats. Every dog has his day, doesn’t it? Only in this case he/she has it in the lap of uber-luxury. Apart from the former, dog lovers also shower their dog babies with expensive treats like chew bones, gourmet food and yummy biscuits. Man, I tell you even a snarky human would be tempted to try those biscuits (not that I have!! No, no… I know better) because they smell quite delicious and come in more varieties than human biscuits. It’s not for nothing that we have entire industries devoted to pet care.

Now, these kinds of people/hoomans, most humans can relate to. Dogs have been domesticated for eons and we have all grown up around their presence. So, humans are kind of used to the presence of this species in their lives. At some point in their lives they have either petted a dog or had a friend who had one or a neighbour who raised one. Now, there are exceptions to this too and we do get genuine haters. No, I am not talking about the scared ones here who developed a fear after they were bitten. I know, I know, inexcusable behaviour on the part of the dog. But, well… humans could be more mindful around them. Agreed? After all, dogs are descended from wolves. We are mindful around those aren’t we?

When I say haters, I do mean those who genuinely hate dogs and with a passion. Such people the ‘dog lovers’ classify as certifiable psychopaths. What else will you call those who would kick a poor dog for pleasure? If dogs could speak, I wonder how many expletives they would use to cuss at this kind of a human. Hmm … that’s food for thought, isn’t it? They would probably call such people ‘bat-shit crazy’, a well-deserved affront, no doubt. But, uh, oh … what if the bats are offended by this insult? Ah, let’s face it; no one cares about their bruised feelings at the moment. Not everything can be about them now, can it? They already claim creator status for covid. That kind of labelling is enough infamy to keep a species in the news for generations. What more do they deserve?

Let me come to the second category of pet lovers. These are the ‘cat lovers’. Now, we have all heard of the terms ‘crazy cat people’ or more gender specifically ‘crazy cat lady’, haven’t we? It beats me why the humans would term ‘dog lovers’ as normal and ‘cat lovers’ as crazy! I mean, cats have been around for eons too. In the ancient times they were worshipped. Geez, talk about bias, man!!

When it comes to showering love upon their cat babies, the ‘cat lovers’ are not much different from the ‘dog lovers’. The ‘cat lovers’ believe in treating their babies like royalty. Yes, yes … you did not misread. I did say royalty. How else would you explain the submissive manner in which they defer to the moods of their felines? 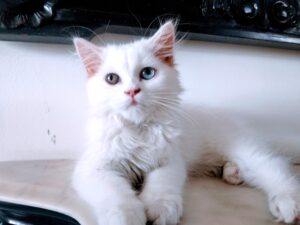 The cats occupy all the high spaces in the house (think – on top of cupboards, atop curtain rods, reclining on sofa backs or headboards of beds, etc… etc … you get the drift, don’t you?) and they look down upon their hooman servants in much the same manner as the Pharaohs of yore did. Hmm … come to think of it, wasn’t ancient Egypt where cats were worshipped? Smart fellows, those ancient Egyptians! They learned a truth that took hoomans quite some time to discern in these modern times. And they say that technology is advancement. Huh! Clearly not!

But, the world has its share of cat-haters too. I guess it really does take all kinds to make the world. On one hand we have the worshippers and on the other hand we have superstitious fools who would turn back from an important errand because a black cat crossed their path. Is it the cat’s fault that it was born black? Or, that it happened to be crossing a street just when the human had to run an errand? It’s not as if the inconsiderate human gave the poor feline any notice, is it?

Seriously man, what mentality do these moronic humans have? They will blacken their own baby’s face or smear a thick layer of kohl in his/her eyes to protect it from the evil eye and yet they refuse to acknowledge the humble effort of a black cat? Imagine, if one small spot of black can ward off evil for one child then isn’t the black feline doing them a service by being born black? I would have thought that a black feline crossing ones path would be treated with more respect considering its selfless service in warding off all evil from a human’s path. Yet, humans refuse to see it that way. Strange, no? Makes one wonder – who has the evil eye and mentality!

But, the crux of the matter is that cats are not dogs – period! They are both different and hence it’s no surprise that they acclimatize to different kinds (or should I say breeds) of people. Now, now … don’t you get all heckled at my statement; it is backed by some research – https://www.cbsnews.com/news/dog-people-and-cat-people-have-different-personality-traits-study-finds/. According to studies conducted at Carroll University in Waukesha (I know, sounds like a location from Lewis Carroll’s ‘Alice in Wonderland’ but, it’s not!), Wisconsin, ‘dog people’ and ‘cat people’ really do have different personalities.

Apparently, according to the study, ‘dog lovers’ tend to be more lively and interactive. Such hoomans are more energetic and outgoing and pay more attention to civic rules i.e., are conformists (probably because they are so well trained in picking up dog poop!).  ‘Cat lovers’, on the other hand, are more introverted and passive. Such people prefer spending time indoors (sometimes they are reclusive) and quite often shun physical activity. According to the study, the ‘cat people’ also tend to be non-conformists, preferring to be expedient rather than follow the rules.

Now, if this study is to be believed, then I wonder where I fit-in. I am a dog and a cat and, on top of that, a bird person. OMG! Talk about paradoxes.

Apparently, if I believe the above then I am interactive, energetic and outgoing but also introverted, passive and reclusive. Seriously? Wow! I agree that I am more mindful of my civic duty (told you, didn’t I that our dogs train us well in minding our civic duty) but, if I am that then how can I be a rule-breaker? Utterly contrasting, isn’t it? On one side I am a conformist but on the other I am a non-conformist?

Now, I know why humans are so eternally confused in their phraseology when they describe us hoomans. You see, we are a rare breed (yes, I have no qualms about calling myself a breed. After all, aren’t breeds more loyal than beings?). Perhaps, the opinion of humans is based on the above kind of research or reportage. We hoomans may seem weird or crazy but, let me tell you with the utmost certainty – our hearts are larger. They know how to love one and all.

So, the next time that you see a hooman rolling on the ground with his dog or you see a ‘crazy cat lady’ sitting on a porch with a cat on her lap; be mindful, because these people had the magnanimity to adopt, foster or raise furry friends when the so called ‘normal humans’ shunned them, hurt them or called them a superstitious blight.

I believe that life is a repertoire of anecdotes. The various situations that we encounter, the many incidents of every day, the people we meet, our conversations with them; all make life a melange of tales. And, that is what I attempt to capture through my writing. My cooking is no different! It reflects my love for travel and my love for innovation. The kitchen is my happy place. So, even though by vocation I am a recruiter (www.rianplacements.com), by passion I am a writer, home chef and a hodophile.
@SonalSingh_rian
Previous 3 reasons why women are opting to work from home after the pandemic
Next The Counterfeiter: Abdul Karim Telgi and the Stamp Scam 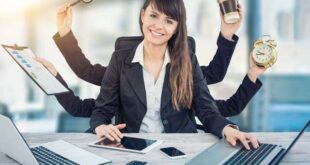 As an HR recruiter, the one thing that I hear often is –‘Aree aap HR mein ho. Naukri dilwala doh please. Appke toh baayen haath ka khel hai.’ (Oh, you work in HR. please, get me a job. It’s so easy for you) If only it were that easy! If only I were Harry Potter and had a magic wand that I could wave and create jobs to match the expectations of candidates. Sigh! Sadly, I am no magician or wizard. I have not a single drop of Harry Potter-ish blood in my veins. So, I cannot conjure up a job or pull one out of my hat. The life of a recruiter doesn’t work that way. To people what seems easy is in reality one of the most labour intensive work fields. Trust me when I say that my life as an HR recruiter is no cakewalk.