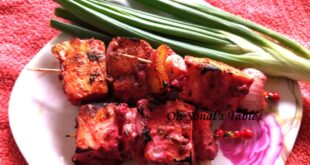 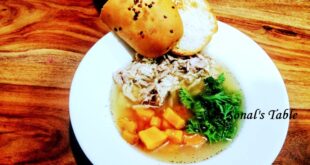 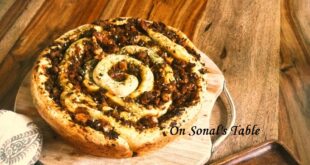 The Indian state of Rajasthan has a rich cultural heritage. It is also the state where, it is believed, that the Rajput (warrior) clans originated. In the days of yore the state was divided into principalities.

Now,  Rajasthani cuisine and consequently Rajputana cuisine is markedly different from the other cuisines that we find in India. Rajasthan has a hot and arid landscape. Much of the state is the Thar Desert. In the old days, the King, princes and their consorts would go on hunts. The meat that they shot would be cooked with minimal spices and those that were locally available. Hence, the spices used for the cooking and the ingredients were few but the meat was slow cooked for long hours over a wooden flame. Gone are those days but the legacy of the recipes still remains.

In some villages, women still use an earthen stove fired by either wood or charcoal. The aroma of the smoke infuses into the meat and gives the dish a unique smoky flavour. The advent of cooking gas has put such practices to rest but the tradition of smoking the meat continues. Only now, we do so by using more modern techniques.

Rajasthani Laal Maans – The word Laal is a colour that means ‘red’ in Hindi. Maans means meat. The dish is named Red meat because it is made using the ‘mathania red chili’ which is indigenous to Rajasthan. The chilli imparts both the colour and the flavour to the dish. The chili has a fiery and spicy taste and to be honest, not everyone can eat such spicy food. So, I substitute the mathania chilies with Kashmiri red chilies. The Kashmiri red chili imparts the same red colour but it is far less hot.

I also substitute the kachari (a wild variety of cucumber that is also native to Rajasthan) with curd as the kachari is not available readily.

This is my version of the recipe via which I pay homage to my cultural roots.

For marinating the goat meat pieces

For cooking the Laal Maans

Note – I prefer to marinate the meat overnight as that really helps infuse all the spices into it.

In a large mixing bowl add the spices for marinating the meat and add the meat. Mix well (I prefer to use my hands as then I can rub the spices into the meat skin. If you also do so then be sure to wash your hands really well as the marinade contains a lot of chillies). Cover and keep aside for at least an hour or overnight in the fridge.

I believe that life is a repertoire of anecdotes. The various situations that we encounter, the many incidents of every day, the people we meet, our conversations with them; all make life a melange of tales. And, that is what I attempt to capture through my writing. My cooking is no different! It reflects my love for travel and my love for innovation. The kitchen is my happy place. So, even though by vocation I am a recruiter (www.rianplacements.com), by passion I am a writer, home chef and a hodophile.
@SonalSingh_rian
Previous Phirni (rice pudding)
Next Sinful Chocolate Fudge Brownies 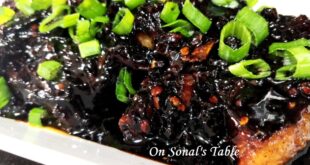 I prefer a cast iron pan to roast the meat because it gives even colour and faster results. You can use a non-stick pan as well. The trick to this recipe is in browning the meat to seal in all the flavours.