Our moon has blood clots 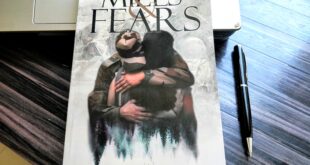 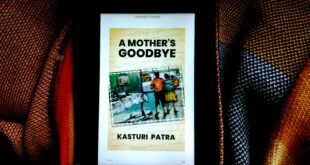 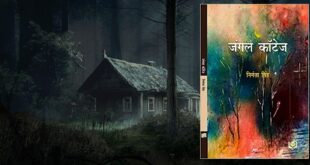 #Bookreview
Book title – Our moon has blood clots – the memoir of a lost home in Kashmir
Publisher – Penguin Random House India Pages – 264 Language – English
Author – Rahul Pandita
Available on – Amazon
——————————————————————–
In 1947 when the Indian subcontinent was parted to create India and Pakistan, it unleashed an era of agony, the likes of which many were unable to emerge out of. The mass exodus of people from both sides is perhaps the largest in the history of the world. But, who would have thought that in a land that had already witnessed such pain, history would repeat itself and this time there would be no India or Pakistan to blame it on! This time, it happened in India and to Indians. They became refugees in their own country. Overnight they became homeless in their own land. Can anything ever be as heartbreaking as that?
Written in a reflective tone, ‘Our moon has blood clots – a memoir of a lost home in Kashmir’ is a gut-wrenching chronicle of the events that led to the slaughter of hundreds of Pandits in the Kashmir Valley in barbaric events that unfolded after 1990. Driven out of their ancestral homes and lands and not welcomed warmly by any other countrymen, this is the story of those of ‘nobody’s people’ (page 89).
This book is subdivided into five sections but each one is a memoir that reflects the diffusion of hope. There is pain, there is loss, and there is grief. But, more than anything else there is also a suspended sense of disbelief that conveys itself through the author’s helplessness. What could a fourteen-year-old boy do in the face of a gathering, blood-thirsty storm?
The manner in which the parts pertaining to the brutal massacre of Pandits has been written show a restrained hand. You can read the text to get a feel of what happened but it is in between the lines that the story unfolds. That is where the author forces you to think and leaves much to the reader’s imagination. Somehow to me, reading this memoir felt personal even though I am not a Kashmiri. This is not the story of unknown people from a remote land. This is the story of our people from our land. This is the story of how humanity can sink into a perpetual state of depravity and hatred, fuelled by religion and militant insurgence. This is a book about two conflicting ideologies – one that hinges on peace and love and the other that banks upon fear and hatred to perpetuate its agenda. When these two ideologies clash, there can only be one winner and it does not take a genius to guess who. In meticulous detail, the author has chronicled not just the uprooting of the community from its homes but also the loss of loved ones, income, land and respect. People, who had for generations been respected as god-fearing, suddenly found themselves destitute overnight with no god to watch over them.
The book tells us what happened to the Pandits after they were forced to flee Kashmir and raises the question of why. Why did it happen? Why were the Pandits targeted? Why is a piece of land the source of such heinous atrocities? And, what is the government doing about it? How is the government addressing this issue? Will the Pandits ever be able to return to the Valley without the fear of religious persecution?
I recommend this true-life volume to everyone.
Share

I believe that life is a repertoire of anecdotes. The various situations that we encounter, the many incidents of every day, the people we meet, our conversations with them; all make life a melange of tales. And, that is what I attempt to capture through my writing. My cooking is no different! It reflects my love for travel and my love for innovation. The kitchen is my happy place. So, even though by vocation I am a recruiter (www.rianplacements.com), by passion I am a writer, home chef and a hodophile.
@SonalSingh_rian
Previous Just another wave
Next Biobubble 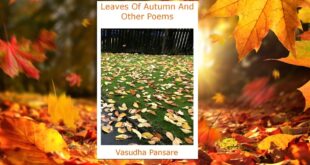 Leaves of autumn and other poems